Covid 19 status: We are open for Business as Usual.
Most THORiens can work from home and our live interactive, training course is available online See Course Dates.
NEW: Free Photobiomodulation Introductory 1 Hour Webinars

The physiological effects have been studied extensively by one of the world's most eminent biologists and editor of Gray's Anatomy, Prof. Mary Dyson. 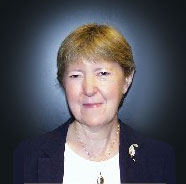 The effects of Photobiomodulation (PBM Therapy) previously known as Low Level Laser Therapy (LLLT) on the three overlapping phases of wound healing, i.e. inflammation, proliferation and remodelling, are such that acute injuries heal more rapidly and that healing can be induced in chronic lesions such as venous ulcers/ pressure sores and diabetic ulcers. The duration of acute inflammation can be reduced by PBM, the proliferative phase of repair, during which granulation tissue is formed, beginning earlier . The rate of wound contraction can be altered and angiogenesis increased.

Healing involves the interaction and activity of many different cell types. Research has been carried out on the effects of PBM on keratinocytes, mast cells, macrophages and fibroblasts. Keratinocyte and fibroblast proliferation can be stimulated directly and also indirectly through growth factors released from irradiated macrophages.

The effect on keratinocytes is particularly marked when the cells are maintained in adverse conditions similar to those produced by injury. The mast cell content of both intact and injured skin increases following irradiation, but only in injured skin is mast cell degranulation increased. This suggests that the sensitivity of mast cells to stimuli such as light is increased in injured tissues. Some of the materials released when mast cells degranulate can initiate the inflammatory response of the skin to injury, whereas others stimulate later processes such as angiogenesis. Work on cells involved in repair, namely endothelial cells, pericytes and lymphocytes is in progress.

Nicolopoulos N, Dyson M et al. The use of laser surgery in the subtotal meniscectomy and the effect of low-level laser therapy on the healing potential of rabbit meniscus: an experimental study. Lasers Med Sci. 1996; 11 (2): 109-115.

How Does it Work?