How Does it Work?

So how does tissue regeneration via improved cellular function actually work? Let's take a look at some research from NASA scientist, Dr Harry Whelan... 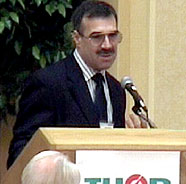 "Low-energy photon irradiation by light in the far-red to near-IR spectral range with low-energy lasers or LED arrays has been found to modulate various biological processes in cell culture and animal models. This phenomenon of photobiomodulation has been applied clinically in the treatment of soft tissue injuries and the acceleration of wound healing. The mechanism of photobiomodulation by red to near-IR light at the cellular level has been ascribed to the activation of mitochondrial respiratory chain components, resulting in initiation of a signaling cascade that promotes cellular proliferation and cytoprotection."

"A growing body of evidence suggests that cytochrome oxidase is a key photoacceptor of light in the far-red to near-IR spectral range."

"Cytochrome oxidase is an integral membrane protein that contains four redox active metal centers and has a strong absorbance in the far-red to near-IR spectral range detectable in vivo by near-IR spectroscopy."

The original work in this area was started much earlier in Russia by the acknowledged world leader in photobiological mechanisum research, Tiina Karu 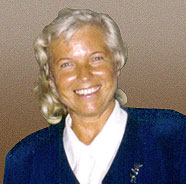 "The photobiological action mechanism via activation of the respiratory chain is a universal mechanism. Primary photoacceptors are terminal oxidases. Primary reactions in or with a photoacceptor molecule lead to photobiological responses at the cellular level through cascades of biochemical homeostatic reactions. Crucial events of this type of cellmetabolism activation occur due to a shift of cellular redox potential in the direction of greater oxidation. Cell-metabolism activation via the respiratory chain occurs in all cells susceptible to light irradiation. Susceptibility to irradiation and capability for activation depend on the physiological status of irradiated cells; cells whose overall redox potential is shifted to a more reduced state (e.g., certain pathological conditions) are more sensitive to irradiation."