Photobiomodulation (PBM Therapy) previously known as Low Level Laser Therapy (LLLT) is the application of red light and near infrared radiation to stimulate healing and relieve pain. There is usually no sensation or side effects. The new accepted term for this effect is Photobiomodulation. 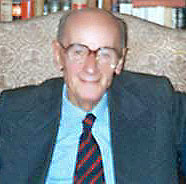 In 1967 a few years after the first working laser was invented, Endre Mester in Semmelweis University Budapest, Hungary wanted to find out if laser might cause cancer. He took some mice, shaved the hair off their backs, divided them into two groups and gave a laser treatment with a low powered ruby laser to one group. They did not get cancer and to his surprise the hair on the treated group grew back more quickly than the untreated group. That was how "laser biostimulation" was discovered.

THE USE OF LOW ENERGY PHOTON THERAPY (LEPT) IN VENOUS LEG ULCERS: A DOUBLE-BLIND, PLACEBO-CONTROLLED STUDY

BACKGROUND. Venous ulcers are estimated to be present in 0.2 to 0.4% of the population. Although new therapies have significant promise, nonhealing ulcers still represent a significant problem. Objective. To evaluate the efficacy of low energy photon therapy (LEPT) in the treatment of venous leg ulcers.

RESULTS. Nine patients with 12 venous ulcers were randomized to receive LEPT or placebo therapy. At the conclusion of the study, the percentage of the initial ulcer area remaining unhealed in the LEPT and placebo groups was 24.4% and 84.7%, respectively (P = 0.0008). The decrease in ulcer area (compared to baseline) observed in the LEPT and placebo groups was 193.0 mm2 and 14.7 mm2, respectively (P = 0.0002). One patient dropped out of the study, complaining of lack of treatment efficacy; he was found to be randomized to the placebo group. There were no adverse effects.

CONCLUSION. In this placebo-controlled, double-blind study LEPT was an effective modality for the treatment of venous leg ulcers. © 1998 by the American Society for Dermatologic Surgery, Inc. Dermatol Surg 1998;24:1383-1386.

EFFECTS OF PHOTOTHERAPY ON PRESSURE ULCER HEALING IN ELDERLY PATIENTS AFTER A FALLING TRAUMA. A PROSPECTIVE, RANDOMIZED, CONTROLLED STUDY.

BACKGROUND: The effects of infrared and red pulsed monochromatic light, with varied pulsations and wavelengths, on the healing of pressure ulcers were evaluated in this prospective, randomized, controlled study. METHODS: Elderly patients (≥ 65 years) with Stage 2 or 3 skin ulcers were enrolled and assigned to one of two groups. Both groups were given the same standard ulcer therapy. One group was also given phototherapy with pulsed monochromatic infrared (956 nm) and red (637 nm) light. Treatments lasted 9 min each time using a regimen with pulse repetition frequency varied between 15.6 Hz and 8.58 kHz. Patients were followed for 10 weeks or until the ulcer was healed, whichever occurred first. The ulcer surface area was traced weekly. RESULTS: Patients treated with pulsed monochromatic light had a 49% higher ulcer healing rate, and a shorter time to 50% and to 90% ulcer closure compared with controls. Their mean ulcer area was reduced to 10% after 5 weeks compared with 9 weeks for the controls.

CONCLUSION: The results are encouraging as pulsed monochromatic light increased healing rate and shortened healing time. This will positively affect the quality of life in elderly patients with pressure ulcers.

Management of intractable venous ulceration remains an unrewarding task, which is increasingly delegated to the realm of the vascular surgeon. The purpose of this pilot study was to assess the ulcer-healing effects of the newest form of biostimulation—the low power laser. Twelve patients with chronic venous ulcers unresponsive to conservative measures were treated with infrared laser irradiation for twelve weeks. Two ulcers healed completely and there was a 27% (p<0.01) reduction in size of the remaining ulcers. Treatment resulted in a 44% (p<0.01) increase in ulcer floor area occupied by healthy granulation tissue. The most dramatic effect of laser treatment was the reduction in ulcer pain, from 7.5 to 3.5 (linear analogue scale) (p<0.001). Laser irradiation had no effect on TcPO2, number of skin capillaries of pericapillary fibrin deposition in the lipodermatosclerotic area around the ulcer. The results of this pilot study are encouraging and a carefully controlled randomized study is indicated to compare low power laser irradiation to conventional treatment in the management of venous ulcers.

THE USE OF LOW INTENSITY LASER THERAPY (LILT) FOR THE TREATMENT OF OPEN WOUNDS IN PSYCHOGERIATRIC PATIENTS: A PILOT STUDY.

The effect of low intensity laser therapy on wound healing in a largely psychogeriatric population was assessed over a period of 6 years (1991-1996). In total, 84 psychiatric patients were referred for the treatment of open wounds of varying severity and etiology. The wound status, nutritional status, walking status, and psychiatric condition of each patient were assessed prior to the administration of laser therapy treatment. Traditional wound care management was also used in addition to laser therapy. According to laser therapy treatment protocol for open wounds, a single diode laser probe was used for biostimulation of the wound bed and the wound periphery. Pre- and post-treatment measurements of wound size were obtained periodically for a total of 188 open wounds. 84% of these wounds completely healed, 11.2% partially healed, 2.1% did not change, and 2.7% got worse. The number of treatments for the 158 completely-healed wounds ranged from 3 to 133 (mean 18.5) and the treatment period ranged from 5 to 383 days (mean 47.7). Wound healing was found to be related to nutritional status but neither walking status nor wound size. Results indicate that LILT is effective in the treatment of open wounds when it is used as a component of a total wound management program.